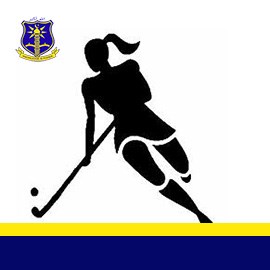 Who taught Amass will fight for supremacy also in the hockey competition?

Someone will ask why this question, there is a need for this question because Amass started hockey just in 2015 for both boys and girls division. Though the competition has been in existence for so many years and other schools have been competing for the ultimate.

In 2015 in the boys division, we placed third in our maiden appearance. To the surprise to the federation and the other competing schools Amass just came in and placed third in the competition.

Little did they know that the team (Amass) will even perform better in the 2016 edition of the hockey competition. To their utmost surprised Amass reached the finals and unfortunately lost to Technology Senior High School, Kumasi on penalties. To most spectators who were present to witness the game thought that Amass should have won the tournament why because to them Amass showed a lot of class in their play. But for penalties we all know it can go either side.

On the other hand, the girls did their best but their best couldn't make them reach even the semi-finals for both their maiden edition and the subsequent years respectively.

The technical team members, both Mrs Mariam and Mr Inusah do strongly believe that, though they just joined the trained but looking at the fact that, the measures they have put in place in terms of technical efforts and also that the players they send to the competitions for both 2015 and 2016 are intact for the subsequent games.

They hope that, with the Grace of the Almighty Allah and their efforts they have put together Insha Allah they will win the ultimate in the 2017.