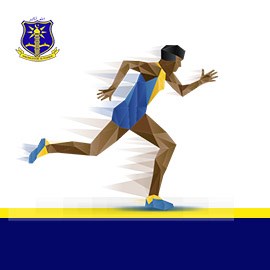 T. I. Ahmadiyya Senior High School ‘AMASS PHOBIAA’, as arguably the BEST SPORTS school in Ghana has yet again won SUZO in both the boys and girls divisions in just ended 2016 Inter-Schools and Colleges Athletics competition of the Ashanti Region at the Baba Yara Stadium on Friday February 26.

Not only did they win it but the huge gap between them and second placed schools will be a course for concern for other P.E. Tutors of rival schools.

Amass chalked 155 points in the boys division as against an improved JAPASS who came second with 86 points whiles Opoku Ware in 3rd position with 53 points, Osei Tutu placing 4th with 52 points respectively.

Amass phobia was just a delight to watch and was able to break some of the records according to Globalsportsgh.com reporter and now have an enviable achievement in Amature Atheletics in the country.

The competition ‘Inter-Co’ began about 14 days ago with the zonal qualification with the top six schools of the five zones qualifying to the grand finale dubbed the Super-Zonals.

These are the full results of the 2016 Super Zonals;

Wesley Girls High School toppled the perennial winners to win the girls’ competition with 139.5 points as against 136 points by defending champions T.I. Amass, with Kumasi Girls SHS finishing in third place with 88.5 points.

However, T.I. Amass showed strength to claim the top prize in the boys’ competition, followed in second place by Prempeh College and Opoku Ware School who claimed 144, 87 and 57 points respectively.

The well-attended competition, involving 47 schools who competed in 19 events, witnessed one regional record smashed and another equaled.

Farrouk Ameyaw of T.I. Amass equalled a 10-year record of 3.46metres set by Kwaku Nsiah of Kumasi High School in the boys’ pole vault event, while compatriot Rashada Katada set a new record in the girls’ discuss event with a throw of 33.40 metres to obliterate the existing mark of  33.24 metres.

At the end of the competition, Wesley Girls’ Salome Agyemang and Ameyaw emerged as the overall best athletes in the girls’ and boys’ categories respectively.

T.I. AMASS CROWNED CHAMPIONS IN BOTH GIRLS AND BOYS DIVISION OF ZONE 4 (2015)

AMASS emerged champions in both the girls and boys divisions but had to ward of credible threats from some schools who pushed them to their limit. In the girls division, Islamic SHS from Abrepo Kumasi were thirty points adrift of AMASS after crossing the one hundred and forty mark to succumb to Amass. The solid challenge from Islamic SHS excited patrons at the stadium who have been longing for credible opposition to AMASS after six years of dominance in the Region.

New Edubiase SHS and Ghanamy also gave the champions worthy opposition. The dominance of AMASS in the boys division was however unquestionable with a huge gap between them and second placed Ghanamy and third placed Amaniampong SHS.

The zonal competitions will be climaxed next week as Opoku Ware and Prempeh College take their turn to set the stage for a mouth-watering Super Duper Zonals on the 26th and 27th of February, 2015.

The day however belonged to Prince Charles of O.T. (Abrempong) who produced a breath-taking performance to win the 200 and 400m race as well as anchor O.T. in the relays and medleys with amazing run. He is surely one for the future if his development will be monitored.

The following schools qualified for the Super Zonals after the two day event in Zone 4.

Ghana’s track and field athletes have started arriving in Brazaville for the 11th All Africa Games in Congo which got underway last week. Ghana is competing in 16 disciplines in the quadrennial event.
So far, 8 out of the 20 athletes have arrived in camp. The latest to join are US-based Prince Owusu Agyepong and Daniella Acheampong. The pair are expected to team up with their local counterparts in the Congolese capital as team Ghana fine tunes their preparations.

Dr. Mark Dadrodzi an executive committee member of the Ghana athletics association told GLOBALsportsgh from his base in Brazaville that he expects more Gold medals for team Ghana at the games. “Most of our athletes are students based in the US and are training on their various campuses in the US. But some of them have started arriving and we are confident we we will win medals in the track and field events.

T.I. Amass of Kumasi continues to churn out talents for the nation and its no surprising that a number of the track and field athletes representing the nation are all products of the school including Atsu Nyamadi,Elizabeth Dadzie and Emmanuel Dasor. Hopefully these athletes would make Ghana proud in the ongoing games. 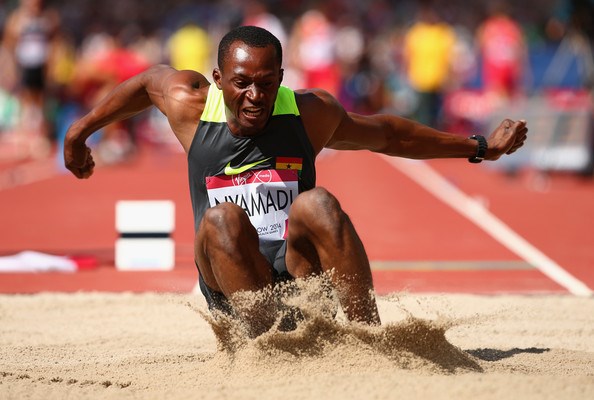 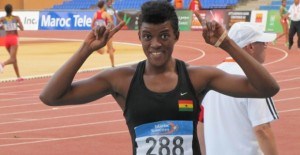 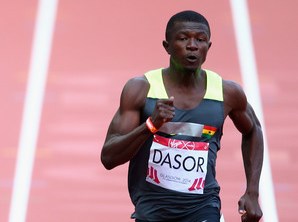