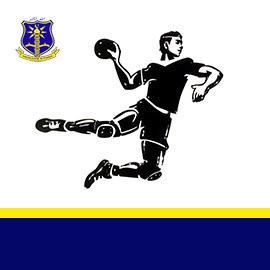 This may not be news to others but their worry have always been the consistent nature of how the phobian school has always been performing in sports for both boys and girls division.

T. I. Ahmadiyya Senior High, Kumasi affectionately called the Real Amass Phobia has once again dominated the Ashanti Regional Handball Competition for both boys and girls.

In the boys division Amass seems to outplayed the other competing schools, since the gap in score line were really remarkable. In their quarter final game with Osei Tutu Senior High School Tetrem, Amass won with 24 - 7 score line. Again in their semi-final game, Kumasi High School saw their worst lost of their lifetime, 14-3 was the score line. Islamic Senior High Kumasi, who managed to reach the finals of the competition, also saw a defeat 13-5 which rendered Amass victorious in the competition.

On the other hand, in the girls division the situation looked tougher and tighter for the phobian girls yet they saw the glory. Amass defeated Tepa Senior High School by 12-7 in the quarter finals. In the Semi Finals of the competition, Amass won against Kumasi Wesley Girls 9-8, who of late has been proving stubborn in sports. St Louis who has been performing so well in this year’s handball competition and managed to reach the finals was defeated by the phobian girls in a 6-5 score line.

Kudos to Amass Phobia for emerging victorious for both boys and girls division in this year’s handball competition. Better luck to other competing schools.