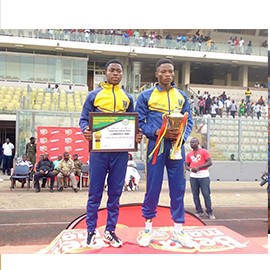 The win is their first since their triumph in 2006 at the Obuasi Len Clay Stadium. They came second in the past six years. 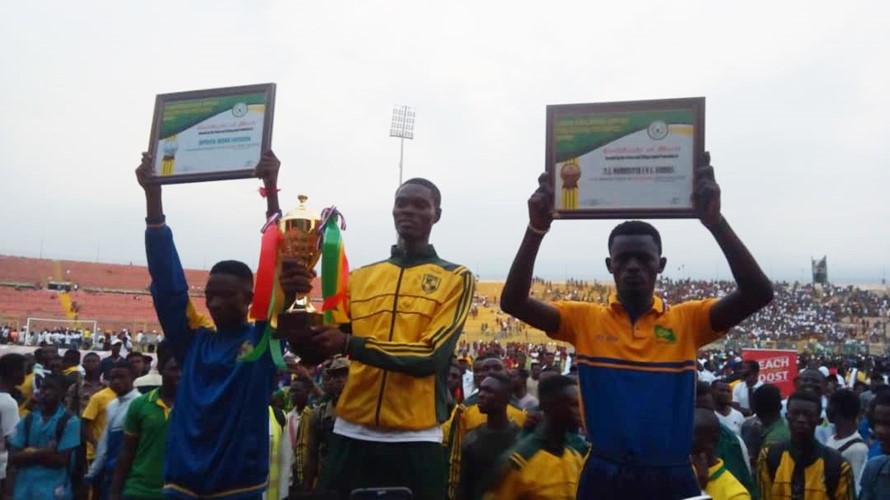 Prempeh College finished with 99 points followed by Opoku Ware School who garnered 91 points leaving T. I. AMASS to settle for

T.I. Amass came back strongly to clinch the trophy in the women category with 129 points after losing out to  Kumasi Girls Senior High 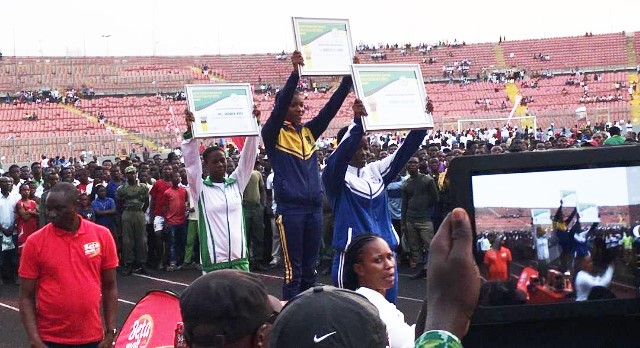 The Schools and Colleges Sports Federation-Ashanti Region was under the distinguished patronage of Regional Director of Education,

Mary Owusu Achiaw and Oduro Antwi who doubles as the Chairman of Schools and Colleges Sports Federation-Ashanti and Headmaster of Tepa SHS.

Kelvin Adu of Prempeh College set a new record of 2.05 meters in the High Jump whilst  Agnes Dufie of OseiKyeretwie Senior High School set a new

in the women's’ division.

Dufie also set a new national record in the women's division which was previously held by Diana Tetteh in 2011.

T.I Ahmadiyya's Rashida Abass also set a new record in the  Shot Put event with a throw of 11.90 meters to break the old record of 11.70 meters

In the Discus event, Patience Boahemaa of St Louis SHS set a new national record of  35.80 metres against the old record of 33.66 meters set

Victoria A. Adu of Aduman SHS set a new record in the Pole Vault with a jump of 2.75 meters to surpass the old record of 2.60 meters set by Racheal Agyei of St Louis SHS in 2018.